Borghetto sul Mincio, on the border between Veneto and Lombardy, is an
enchanted place where the past dialogues with the present, creating
atmospheres suspended in time.

Borghetto is a small hamlet of Valeggio sul Mincio, on the border between Veneto and Lombardy, a medieval gem that recounts ancient atmospheres. The village is surrounded by nature and water, landscapes, ancient trees and vineyards. Water is a central element in Borghetto’s history: it used to regulate the relationship between man and nature, marked the boundaries, gave work and set the rhythm of the mill blades.

Borghetto has long been the most suitable point as a ford in the Mincio river
and it has had a fundamental strategic importance in the movement of armies,
merchants and pilgrims. We can say the village has a vocation for hospitality
rooted in history: travelers, traders and wayfarers have always found a glass of
wine, a good dish and a shelter here. Over the centuries it has been often
disputed by some of the most important north Italy’s lordships, such as
Scaligeri, Gonzaga and Visconti, then by the Republic of Venice and by Austria
and France as well.

The charm of the village’s history can be felt in the unique atmosphere of this place suspended between sky, water and earth. Documents dating back to the 12th and 13th centuries suggest that Borghetto was a fiefdom granted first to the Order of the Templars, then to the Knights of Malta and later to the Benedictine monks of San Zeno in Verona

In the “village of the mills” the signs of its medieval and Longobard origins are everywhere: on the stones, in the ancient Romanesque “Santa Maria” church, in the magnificence of the Visconti Bridge which is reflected on the Mincio. The bridge-dam was commissioned in the fourteenth century by Gian Galeazzo Visconti, Duke of Milan, to defend the eastern borders of the duchy after the conquest of Verona. 650 meters long and 25 meters wide, the Visconteo Bridge was connected to the Scaligero Castle, which overlooks Valeggio sul Mincio, through two crenellation that were part of the “Serraglio” system.

The church of San Marco Evangelista was then built on the ruins of the Romanesque parish church of Santa Maria, which was renovated in the 18th century and today has a sober neoclassical facade. The church square leads to the wooden bridge, which crosses the river inside the village: at the very beginning of the bridge you can also see the statue of St. John of Nepomuk, native of Bohemia, patron saint of rivers and bridges.

With the annex to the Republic of Venice, in the fifteenth century, Borghetto
had become a very important agricultural center: at this point in history the
mills appeared, used for milling wheat (which was ground to obtain flour) and
for husking rice (which was stripped of its coating). The mills of Borghetto were in operation until the twentieth century, before the
transition to industrial production: now they are the place suspended in time
where you can stay, enjoy a good coffee and a glass of wine, or browse the
artisan shops. The magic of the village is still alive in its history, in the flow of
water and in the unbreakable link between the present and the past.
You can experience it by plunging in our hospitality. 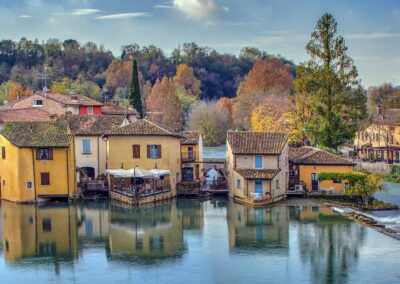 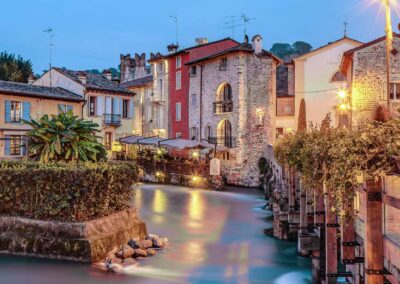 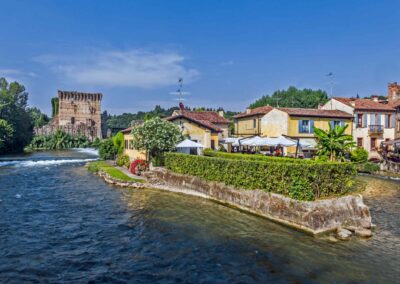 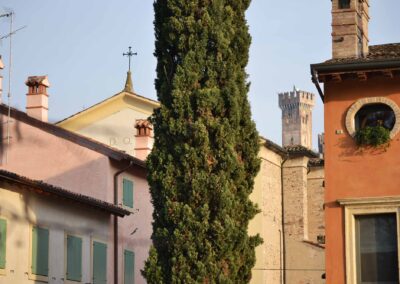 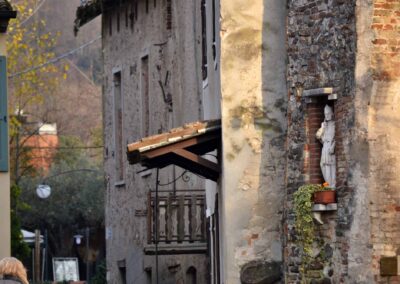 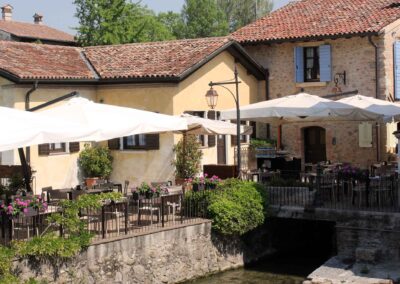 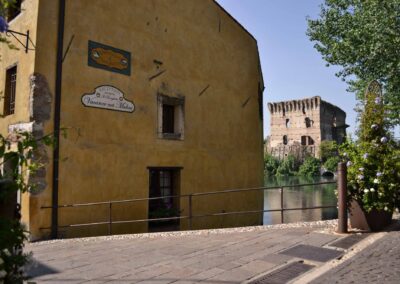 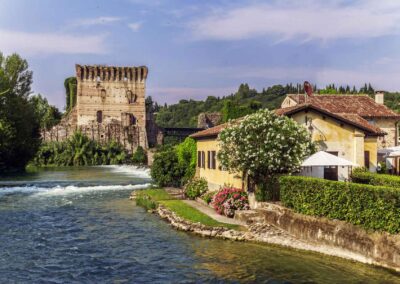 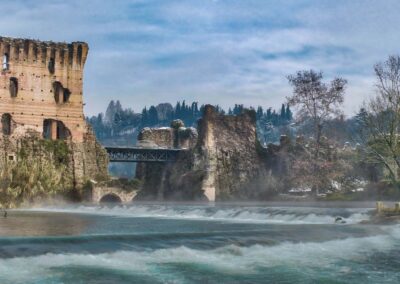 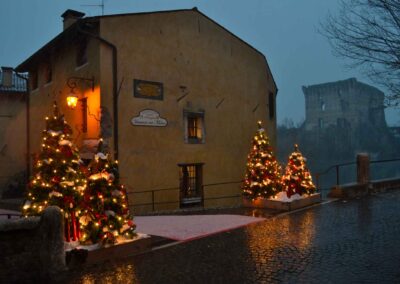 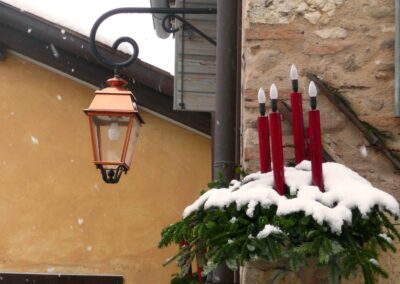 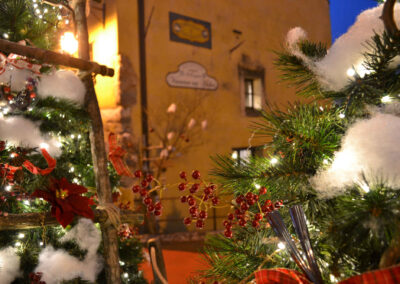 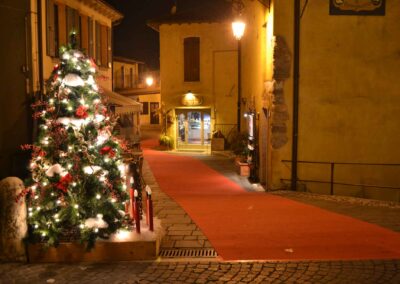 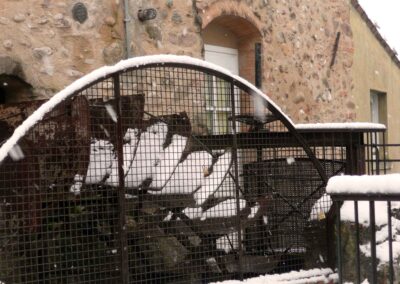 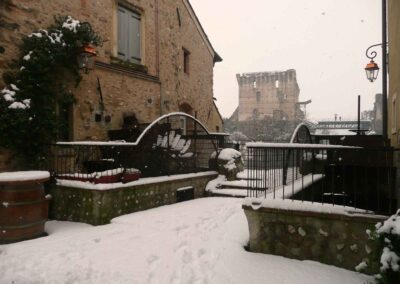 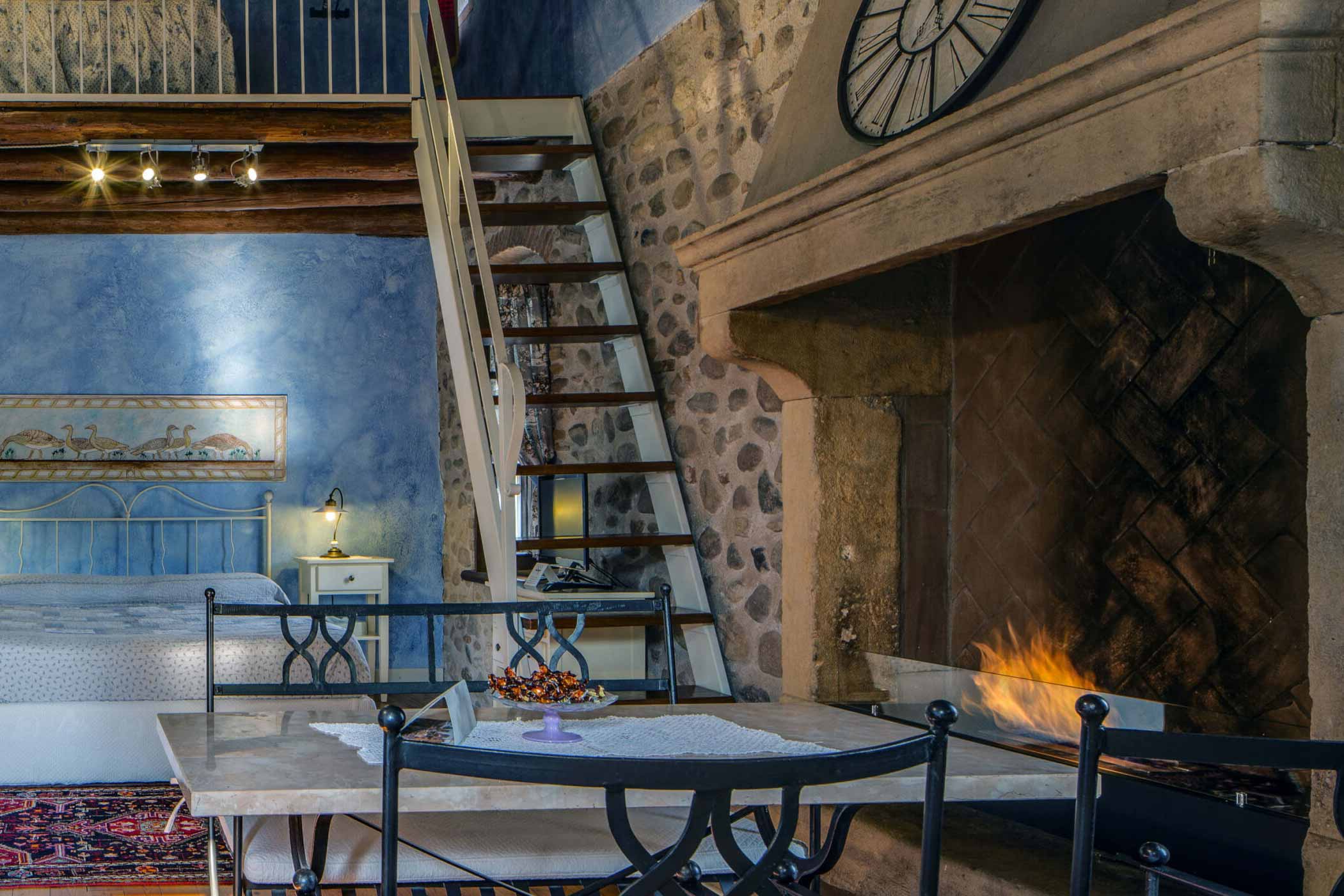 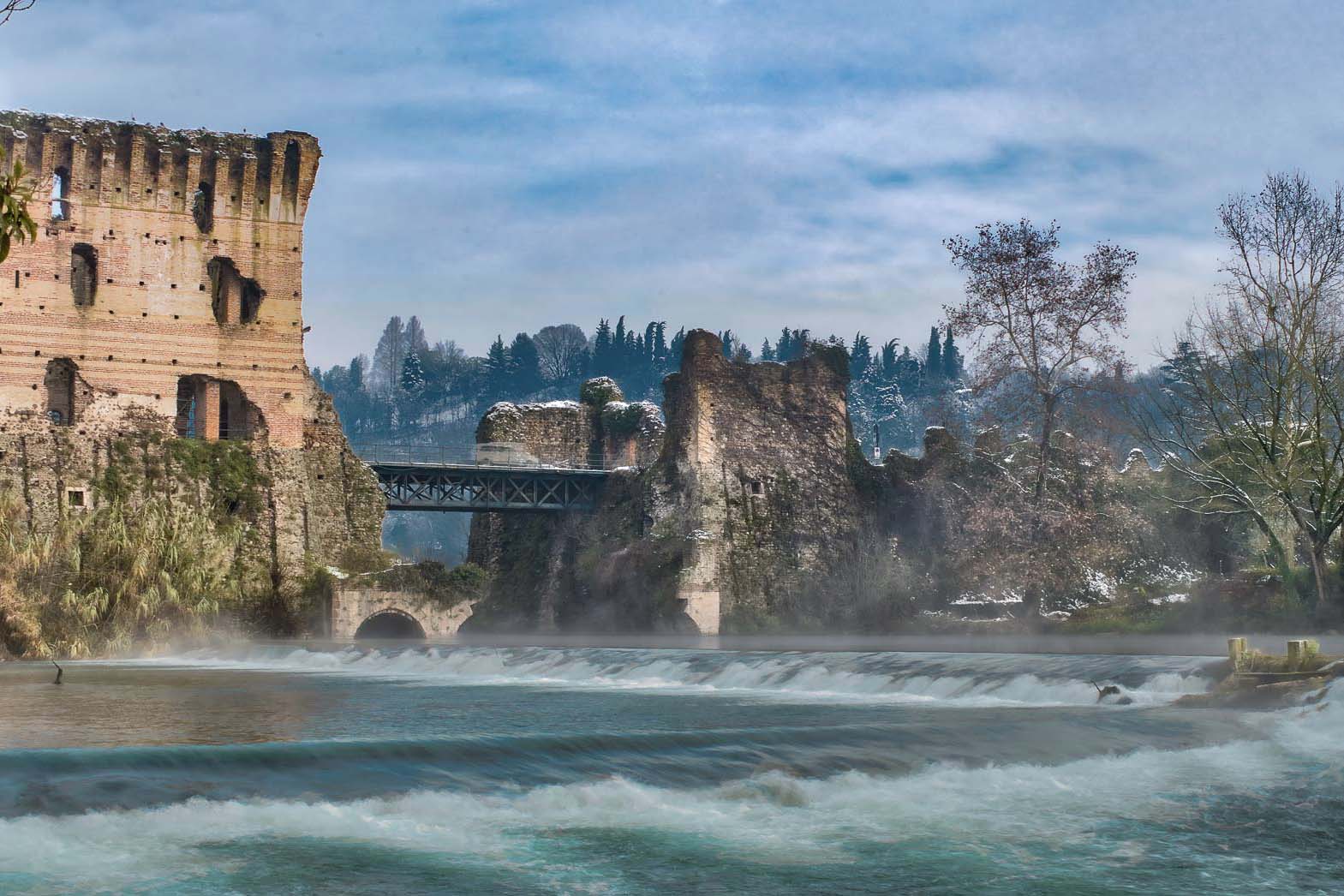